that can be immediately applied

in every day life?

This course is for you!

Based on integral psychoanalysis latest discoveries 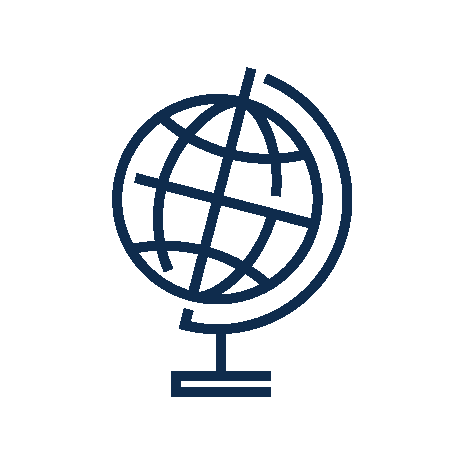 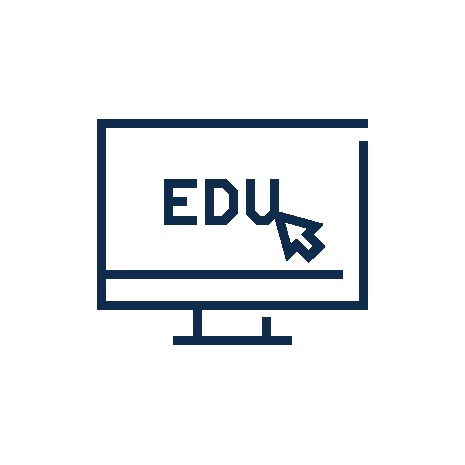 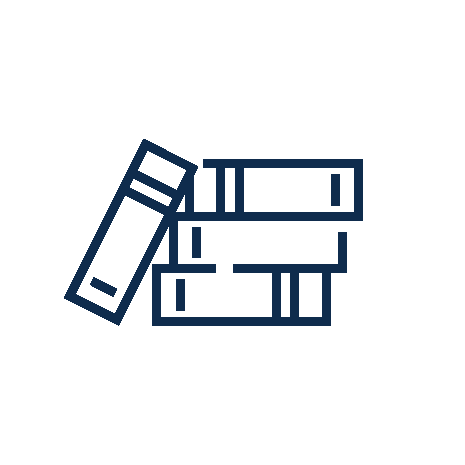 This course is for you if 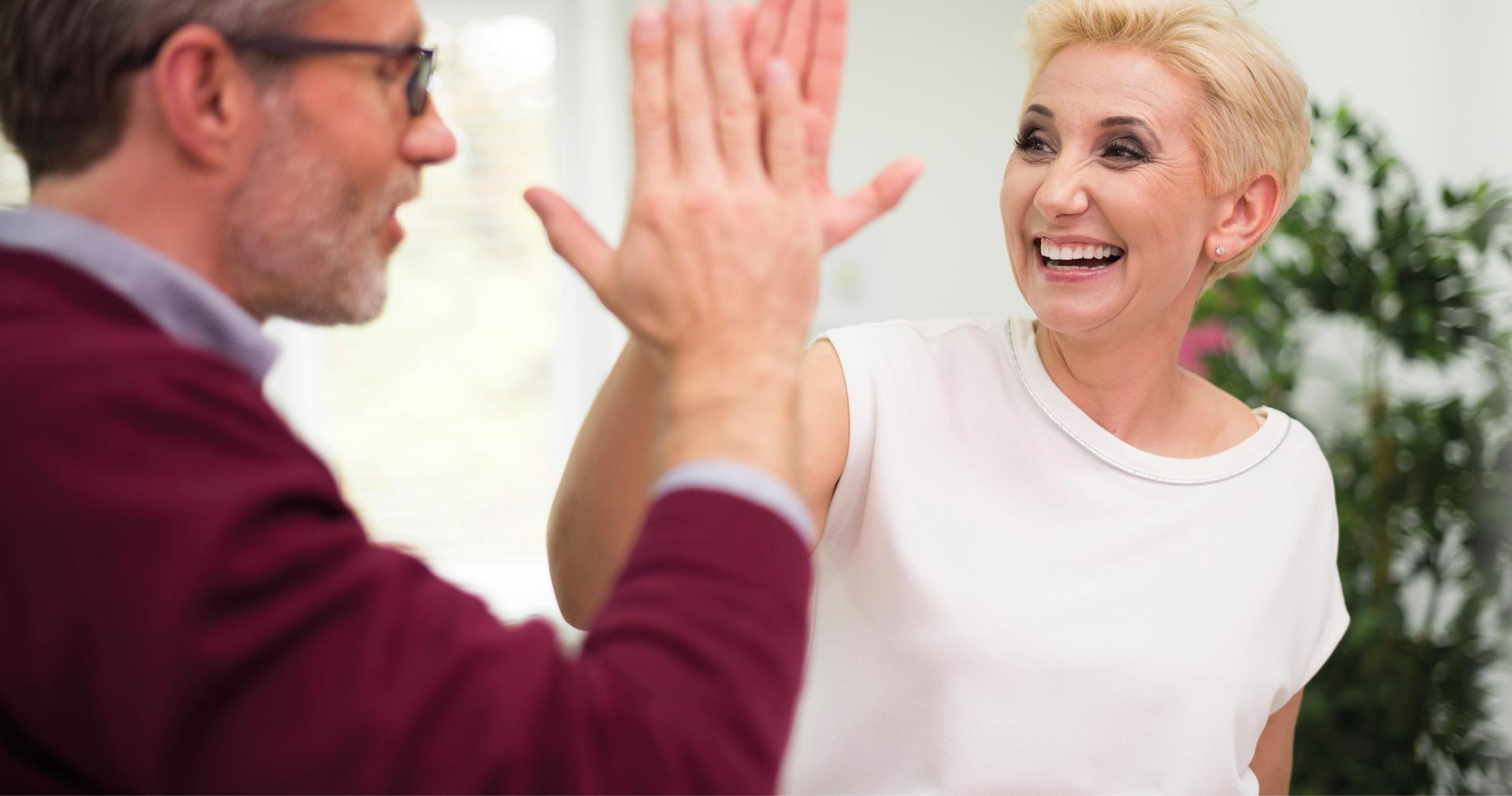 Any true accomplishment of man is simply a manifestation of something that already existed in his inner self.

Over the duration of this course, you’ll work through the following modules:

The foundations of Analytical Trilogy and its applications

The study of emotional competencies and their impact on leadership

The principles of essential energy and sustainable technology

A study of the pathology of power and socio-therapy

You'll walk away with:

Our international Faculty have PhD or Master’s Degrees, or are specialists in their fields. They have received extensive specialized training in psycho-socio-therapy from the International Society of Analytical Trilogy, founded and directed by Norberto Keppe and Cláudia Bernhardt de Souza Pacheco. 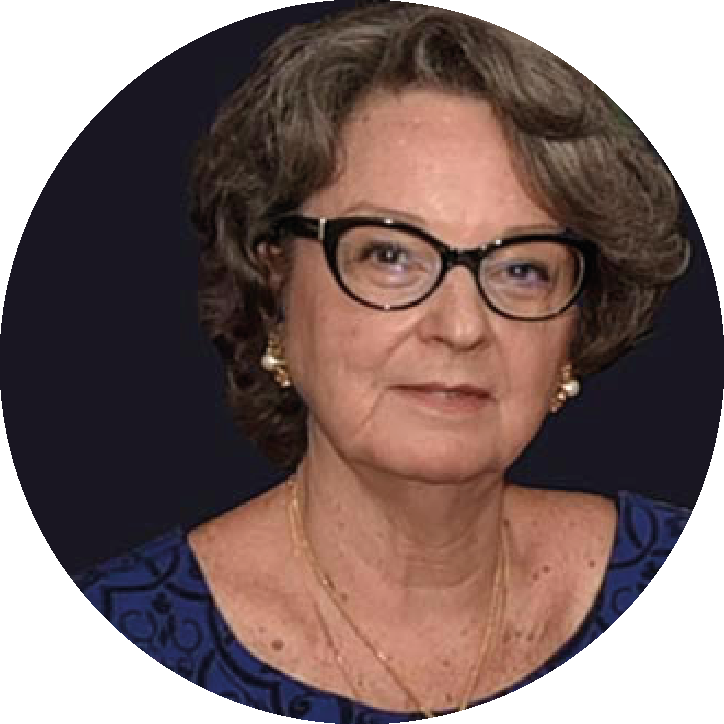 Psychoanalyst and Writer since 1976. Vice-President of SITA - Sociedade Internacional de Trilogia Analítica. She composes the Editorial Board of Revista de Psicanálise Integral (Integral Psychoanalysis Magazine) published by Editora Proton. Founder and President of Associação STOP a Destruição do Mundo (Association STOP the Destruction of the World) with head office in Brazil and Paris, presiding over several events in Europe and Brazil. She organized and directed International Congresses of Analytical Trilogy. In 1983, she founded, and directed, until 1988, together with Dr. Norberto Keppe, the ISAT - International Society of Analytical Trilogy, in New York. In 1990, she founded the Institut Supérieur de Psychanalyse Intégrale - École Norberto Keppe, based in Paris, with branches in London, Lucca, Moscow, Stockholm, Helsinki and Lisbon, in order to give lectures and courses on the work of its inspirer. She idealized and published the scientific-cultural newpaper "Savoir c'est Pouvoir", distributed for several years in Paris and other French cities. Graduate in Psychology from Universidade São Marcos, she is trained in psychoanalysis by Dr. Norberto Keppe at SPI - Sociedade de Psicanálise Integral. She accomplished internships in the Psychosomatic Medicine Sector of Hospital das Clínicas da Universidade de São Paulo, which was managed by Prof. Norberto Keppe and Prof. Edmundo Vasconcelos. She defended her PhD thesis before the SPI about Freud and Psychoanalysis. She taught as a guest teacher at the City University of New York, and at New York University. As a result of her 29 years of research and 24 years of psychoanalytic work, attending clients of the whole world, she has written several books, including the best seller Healing through Consciousness - Theomania and Stress, already published in nine languages, and articles on psycho-socio-pathology, translated into English, French, German, Russian, Italian, Finnish, Swedish and Spanish. Author and coauthor of more than 12 book titles addressing the themes of psycho-socio-pathology and psychosomatic medicine. She graduated in the Psycho-Socio-Pathology Graduate Course from Instituto Keppe e Pacheco in partnership with Instituto Nacional de Pós-Graduação. 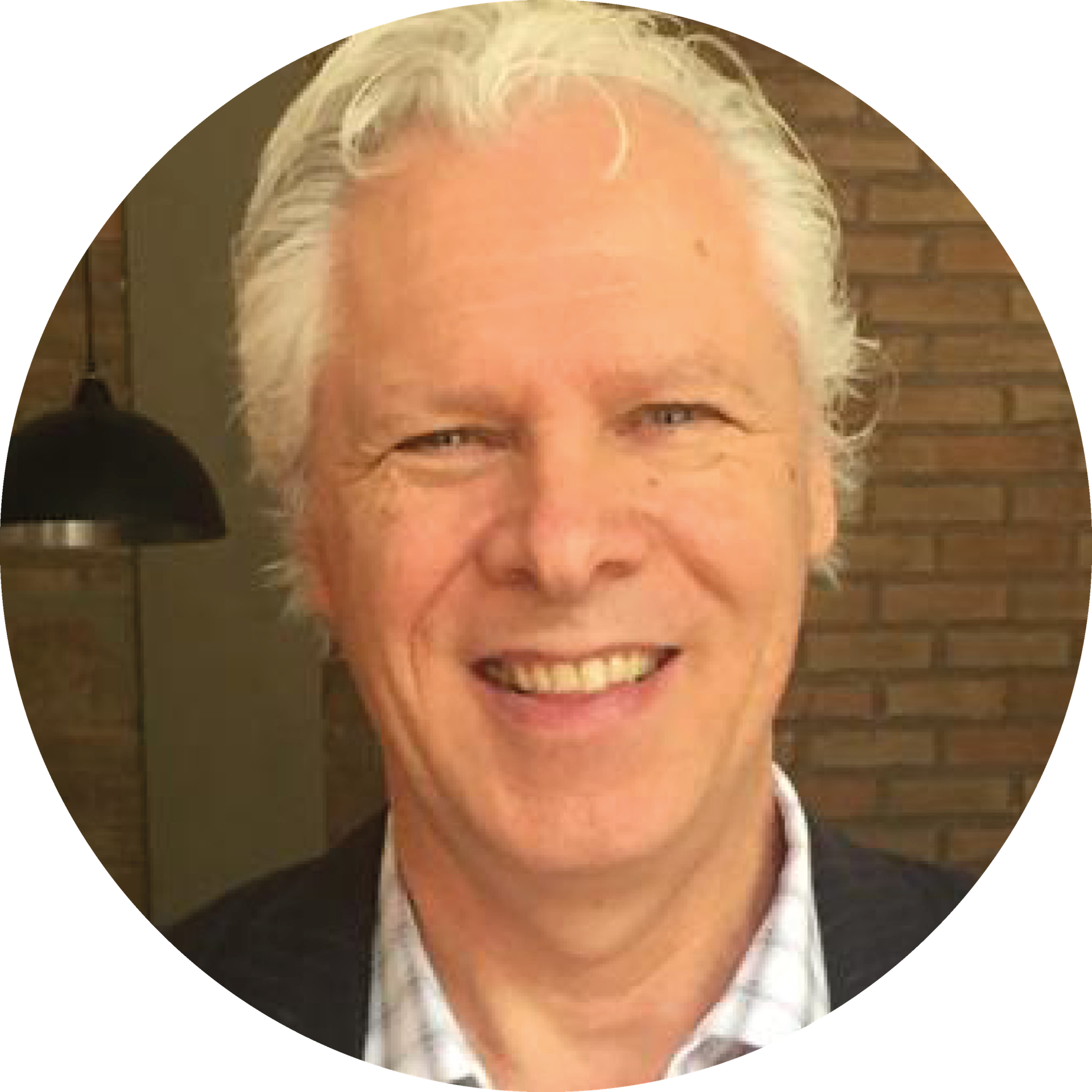 Richard has more than 40 years experience in professional communications, many of them dedicate to radio and television, and is one of the most well-known voices in Canada. He has certification as a psycho-socio-therapist from the Norberto Keppe School of Psychoanalysis. He is a popular teacher and workshop leader at Millennium, the Language Center of the Keppe & Pacheco Trilogical College. Richard is the creator and producer of the Thinking with Somebody Else's Head Podcast, based on the science of Analytical Trilogy, and is also the creator of the STOP Radio Network. 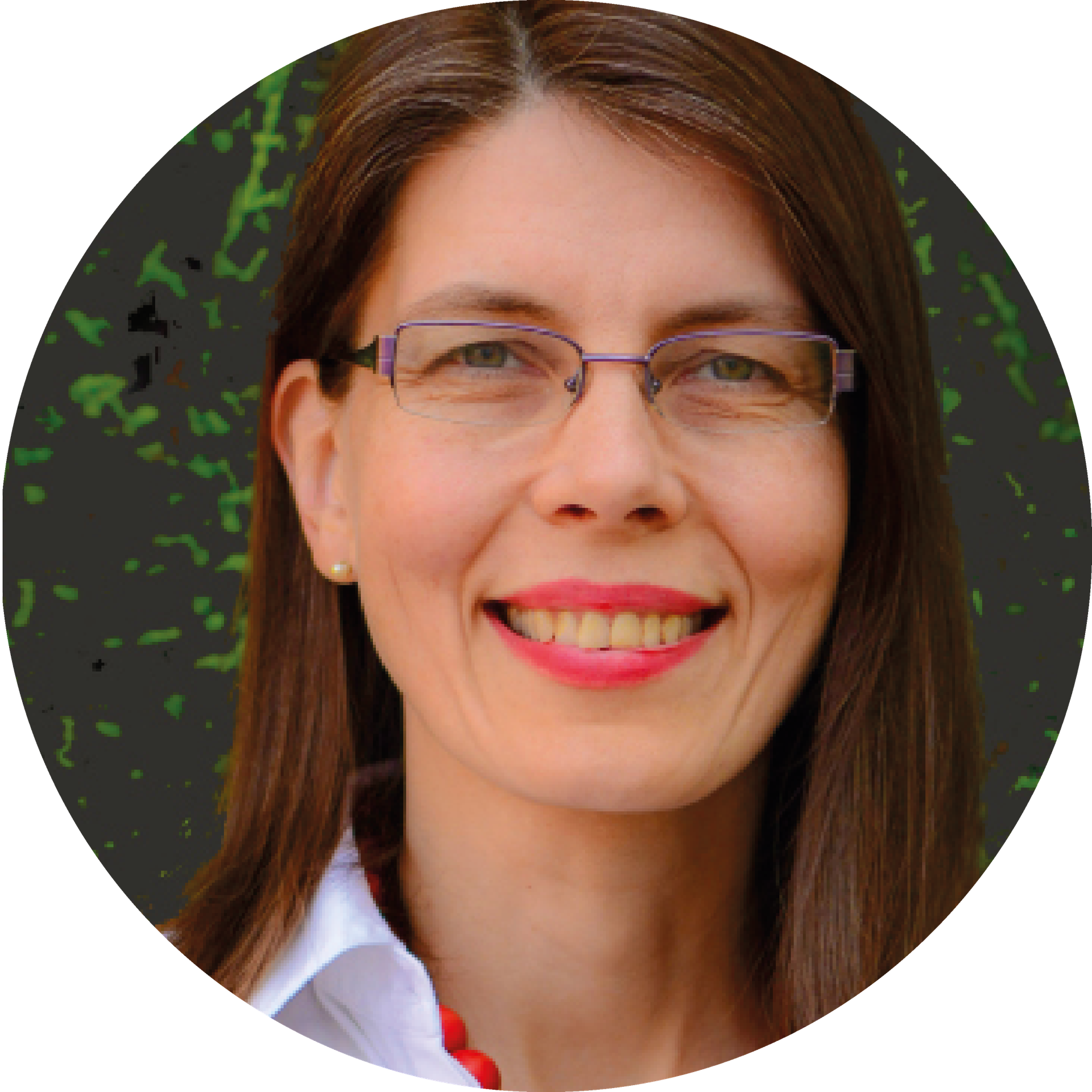 Master of Economics and Business Administration from the University of Turku, Finland (1999). Postgraduate in Conflict Management (2020). Degree in Environmental Management (2018). Psycho-socio-therapist accredited by the International Society of Analytical Trilogy. Teacher at the Millennium Language Institute and Keppe & Pacheco Trilogical College and visiting professor at the Finland Futures Research Center at the University of Turku. 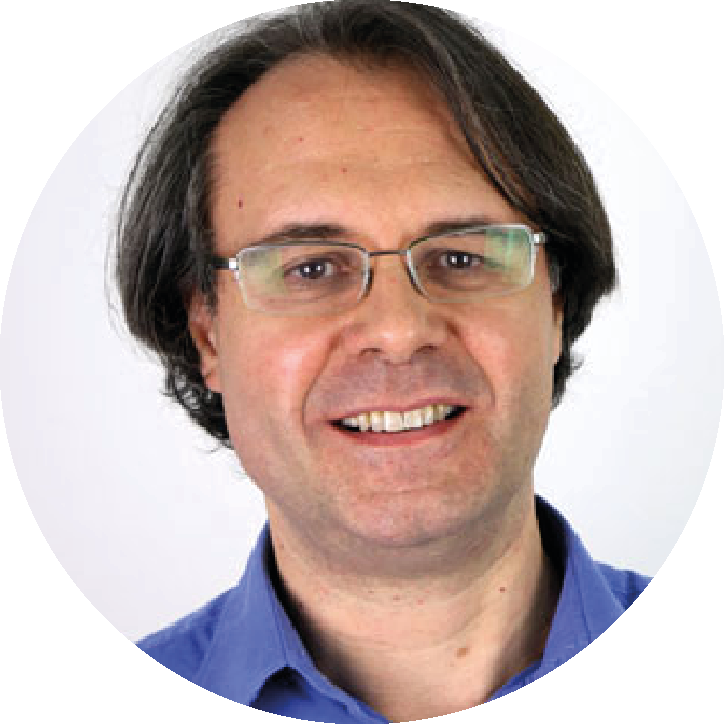 Italian, psycho-socio-therapist from the Norberto Keppe School of Psychoanalysis. Postgraduate in Education Applied to Musical Performance. Graduated in Political Science and International Relations from Università degli Studi di Siena (Italy, 1996) and graduated in Music from Centro Universitário do Sul de Minas (2018). He is currently a teacher at the Millennium Language ​Institute and ​in the postgraduate courses at Faculdade Trilógica Keppe and Pacheco. 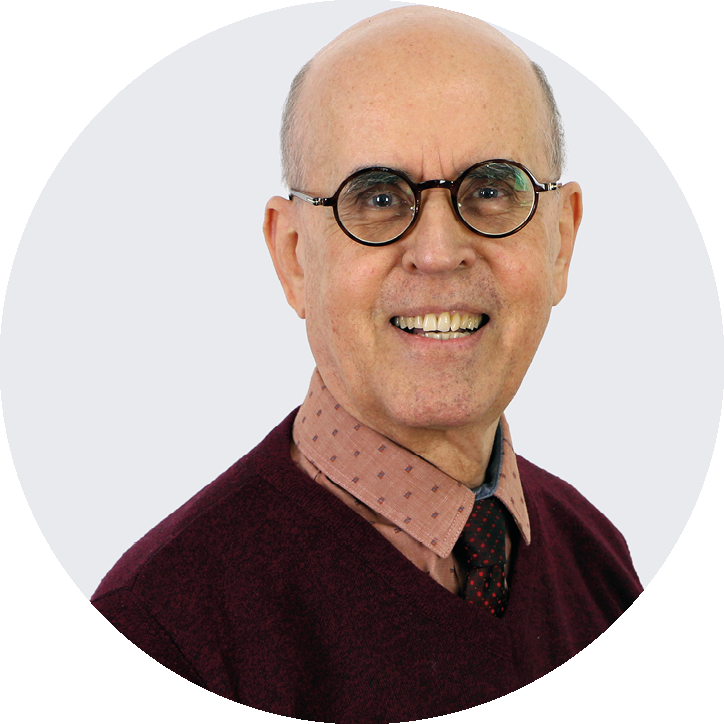 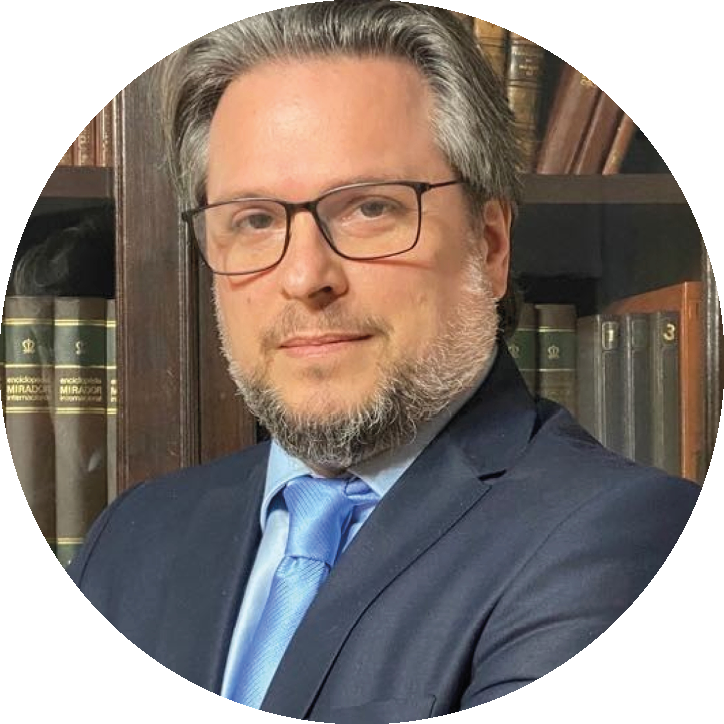 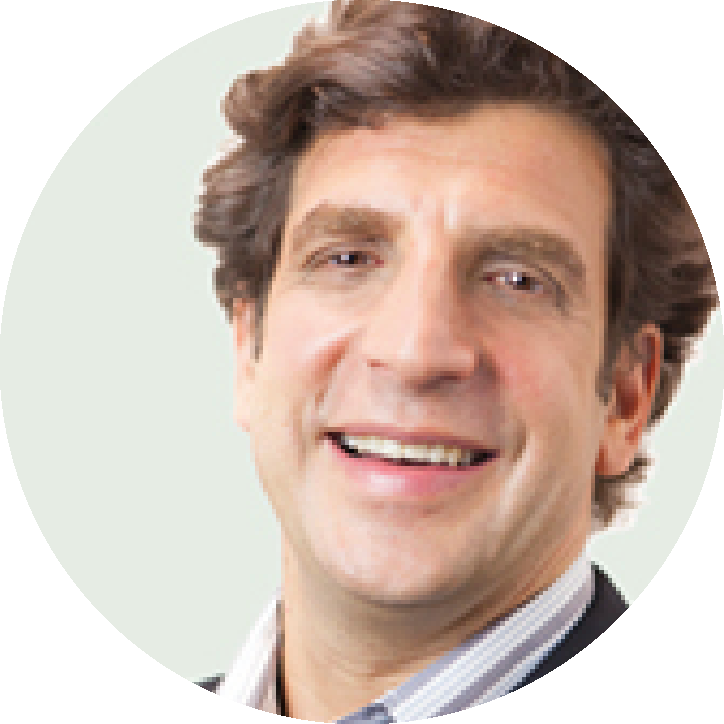 Business Administrator, graduated from the Getúlio Vargas Foundation (FGV-SP), and graduated in Italian Language and Culture from the University of Pisa (Italy), he lived in the USA, France, Italy and England for 15 years. Graduated in Italian from the University of Siena, in English from the Cambridge University, and in French from TFI, Pérsio is a teacher and commercial interpreter in four languages: English, Italian, French and Portuguese, as well as a sworn translator in Italian and English. Attending the Master's Degree Course in literature at FFLCH – USP. 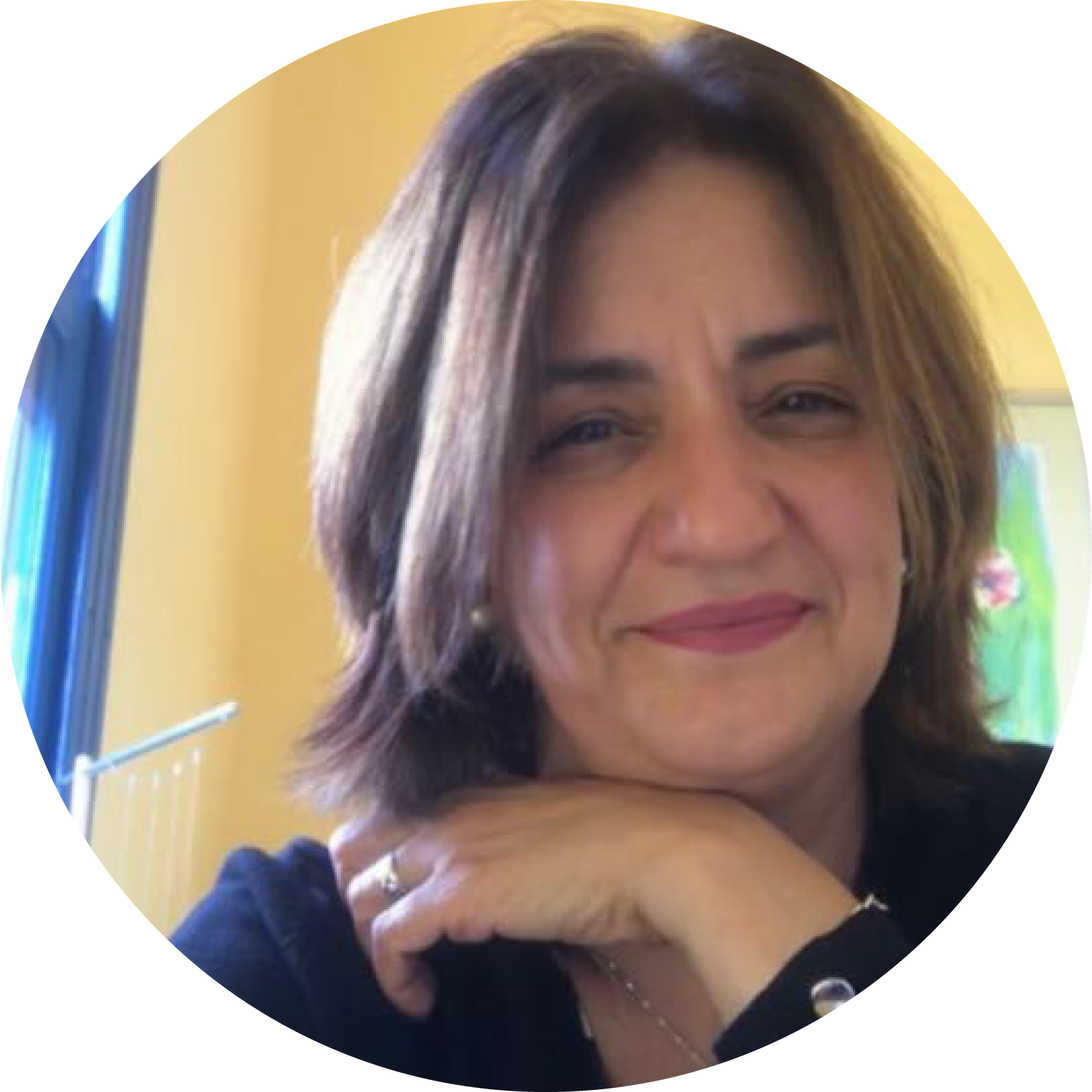 Master's Degree the areas of Language, Psychology and Education at the School of Education of the University of São Paulo, with undergraduate degree in Brazilian and French Literature and Literature from the University of Brasilia. She worked for 3 years in New York and 7 years in Paris with the application of the methodology of Norberto Keppe. French and English teacher. International Lecturer on Trilogical Education. Extensive studies and experience in the application of the science of keppean psycho-socio-pathology in the teaching area. Author of the book "A Terapia em Sala de Aula (Therapy in the Classroom)" in which she shows her experiences, along with several other educators, highlighting the importance of using the pedagogy united to Integral Psychoanalysis. She worked for 6 years in the USA, Portugal and England in the area of translation, interpretation and events. Founding teacher of Escola de Línguas Millennium in São Paulo since 1997. She is a Psychosocial Therapist from Instituto Educacional Keppe e Pacheco and Sociedade Internacional de Psicanálise Integral. Postgraduate Degree in Psycho-Socio-Pathology from Instituto Keppe e Pacheco em convênio com o Instituto Nacional de Pós-Graduação. 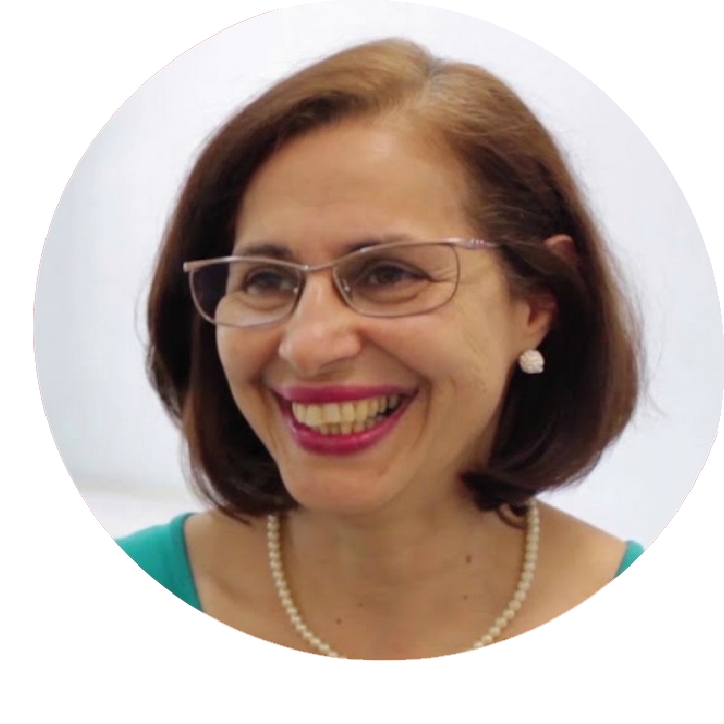 Master’s in Science Education from the Federal University of São Paulo (UNIFESP). Postgraduate course in Management of Psycho-Socio Pathology from IKP (Instituto Trilógico Keppe e Pacheco) and INPG (Instituto Nacional de Pos-Graduação) in Brazil. Degree in Dental Surgery from USP (University of São Paulo). Over 30 years of training in Integral Psychoanalysis with the Norberto Keppe School of Analytical Trilogy in New York, Paris, Lisbon and São Paulo. Lead researcher in Trilogical Psychosomatics. International lecturer. Co-author of the books The Dirty Little Tooth in the Chewing Factory, Trilogical Dentistry of the 3rd Millennium: Vols. I and II and How to Preserve Your Natural Teeth. Member of the Perspectives for Teaching Biology Research Group at UNIFESP. 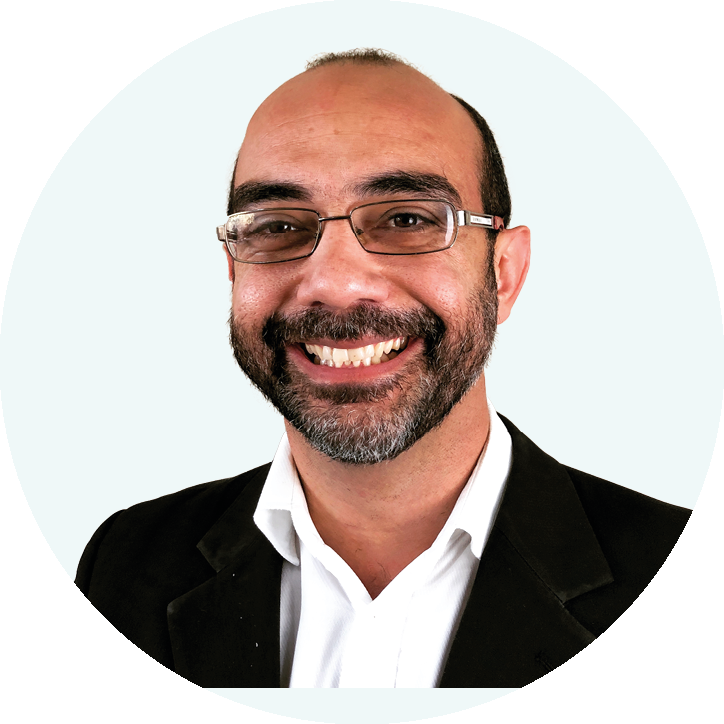 Master in Public Management and Society from the Federal University of Alfenas (2020). Postgraduate degree in Psycho-Socio-Pathology Management from Instituto Keppe e Pacheco (2012). Graduated in Business Administration from Universidade Mackenzie (2000). Vice-director of Faculdade Trilógica Keppe & Pacheco in Cambuquira, MG and partner-owner of Tijolos Ecológicos Trindade Ltda. - ME. Coordinates a social program in the area of housing and job and income generation. He has participated in and taught courses, lectures and missions in Brazil and abroad (Argentina, Bangladesh, Chile, Colombia, USA, Norway, Russia and Sweden). Spanish language authorized translator.

After this program, I have more understanding, emotional strength and confidence inmanaging conflicts.